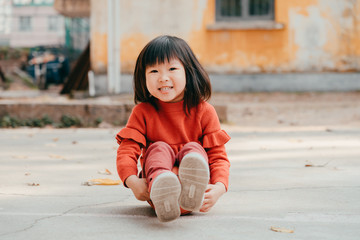 I tried playgroup again when I had my second baby, thinking maybe I’d like it more than I had the first time around. Instead, I came away thinking there are not enough swear words in all the languages of the world to describe how much I hate playgroup.

My hatred of it is somewhat baffling to me, because a great many of my favourite moments as a mother have been spent in the company of other mums and their children. And I actually love the friendship of women above almost all else. I also love talking, and eating cake and drinking tea. I even love a bunch of children playing at my feet. All these moments happen at playgroup, so why do I hate it?

Well, there are the conversations about teething, for one. I have nothing left to give to that conversation. I have talked all the teething I am ever going to manage in this lifetime. Now I want to talk about something juicy – like our sex lives, or our politics.

There’s also the endless comparison of baby sleep patterns at playgroup. There’s no topic of parenting analysed more than this one – and for good reason – but again, I’m done. When I first became a parent I found this topic irresistible; months of my life were dedicated to trying to understand, tinker with and master baby sleep patterns. I pursued it single-mindedly until I eventually came to the conclusion that if it could be figured out I would have figured it out by now. These days I approach the whole terrible mystery with an accepting sense of futility. And that doesn’t feel bleak – it feels liberating.

Then there’s the competitiveness of toddler milestones at playgroup. I’m a second-time parent, so look at all the ‘adult words’ I don’t give about how old my toddler was when he matched shapes in a developmental toy.

Speaking of toddlers, I don’t like all the pained politeness parents put on when adjudicating squabbles between children. I want parents at playgroup to lose it a little (just a little) – preferably not at a toddler, but maybe at the swing set itself, because the kids are having trouble sharing right now. I would like less passive aggression and more honest exasperation from parents.