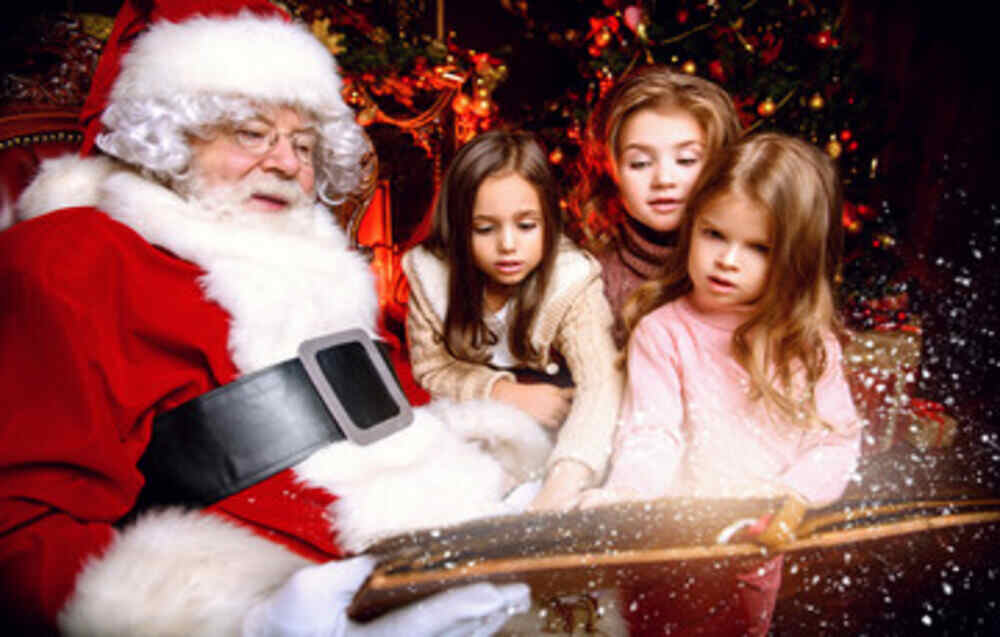 ‘Dear Santa – Are you real?’
My eldest is 8 years old and has reached an age where he now doubts the existence of Father Christmas; in fact I don’t think he believes any more. I say don’t think because it is not me he has confided in but a family member he approached cautiously saying,
“My sister thinks Santa is real”.

I expect he hasn’t told me because he senses how enthusiastically I continue the charade because I don’t want him to stop believing – he probably also fears the presents will stop!

I feel that 8 is young to stop believing but judging by a quick ‘Google’ it appears to be about average and this comes from a girl who had to be told at 11 because her parent’s feared she’d be teased. They were also a little tired of waiting up until the small hours to fulfil their Christmas duty whilst she gazed hopefully out the window.
E is logically and scientifically minded so it doesn’t surprise me that he doesn’t believe any more – we’re talking about a boy that when I tried to teach him the story of Adam & Eve for his communion recently remarked;
“What about the big bang Mummy?”

I’m sad about this end though and because he hasn’t approached me I haven’t yet sat and discussed it. I feel it’s the beginning of the end of innocence; when you stop believing in Santa does it become hard to believe in other mysterious phenomena too?
Why did your parent’s lie?
My feeling is that the figure of Father Christmas is like so many other figures; a symbol of good. An embodiment of the fundamental goodness of humanity – something to demonstrate that spreading joy is far more rewarding than spreading ill.
So what do I suggest and what will I say to E when he approaches me, well…

This is as far as I can advise for now until the conversation is done; I will almost certainly have it before next Christmas but am holding out for this last year because I’m in no rush for him to grow up just a little bit more but too fast!
Have you got any tips for when your children stop believing in Santa – I’d love to hear them…