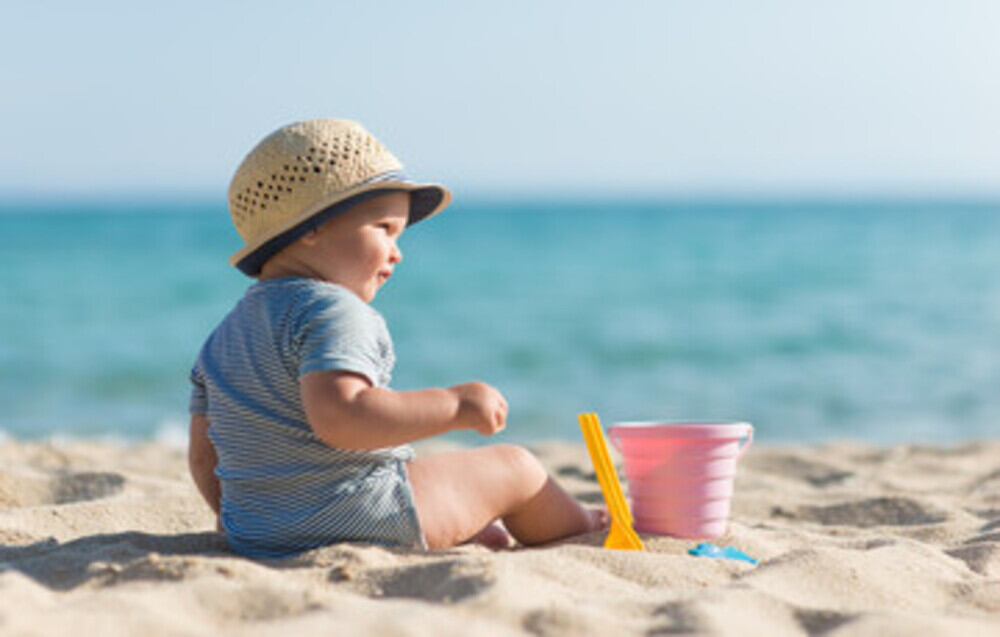 A Baby holiday is an exciting time for parents-to-be. With the arrival of the baby, your body is undergoing major changes. You can get pregnant at any time during the year but the most common months are between May and August. A new study suggests that some people who conceived during these months may have a higher risk of having children with autism.

There is always much worry at the thought of travelling abroad with a baby, in those early day’s it is such a mission to just leave the house for a few hours…Let alone pack for a week away. I am one of those crazy Mummy’s who decided to take her then 5 month old baby boy abroad.

It was back in November 2011 and we were all booked for a family holiday in Tenerife. I am not going to sugar coat the fact that I was absolutely terrified at the prospect of taking my baby boy Leo abroad. How on earth was I going to pack everything I needed? How was I going to get his baby Milk through customs? What if his pushchair went missing? It is safe to say that every negative thought that could have passed through my mind…Did pass through.

In hindsight I worked myself up for no real reason at all….I overcame every obstacle I had stuck in the way, and found that travelling with a baby is what you make it. It does not have to be a stressful experience.

We wheeled a very sleepy Leo up to the check in desk, where all of our passports were checked. I had worried myself that they would take the pushchair away here, and we would be left carrying Leo around until the flight boarded. This however was not the case. The lovely lady informed us that we could keep the pushchair right up to boarding, this of course put a big smile on my face. We were then beckoned through to the departure lounge and had an hour or so to pass before we could board the plane.

The next mission was to get through customs…

I overcame the Milk dilemma by just taking boiled water, as I had been pre-warned that if I took the ready mixed Milk cartons then I would have to open and sample each individual carton. Not only is the Milk very un-pleasant but even Leo as a complete Milk gannet, would never drink 3 cartons of milk in the 2 hours you have once they had been opened.

So the advice I can offer a first time parent embarking on a first time holiday, is don’t stress yourself out with worry, it will all slot into place when the time comes. Take as much boiled water/milk for the flight and the day/night ahead, as I found Leo got through so much more than he usually does and it was nice not to have the added pressure of sterilising as soon as we arrived. Muslins’ are a absolute necessity and toys for baby are a lovely touch to keep them occupied, Leo had his very noisy Alfie bear…much to the disappointment of everyone around him!

Upon boarding, the pushchair was taken away as promised and we made a swift transition to carrying him. When flying with babies under a certain age, they are required to sit on your lap. All planes should provide a safety belt that you attach to your own. I had been very worried that Leo would not stay still and would get really angry at having to sit on my lap for a few hours.

However Leo’s first flight was easy sailing from the word go, I had prepared a bottle ready for take off as the sudden pressure can sometimes play havoc with their little ears. Although as soon as take off came around…Leo decided to pick that moment in time to forget his bottle and fill his nappy!

I am sure my lovely boy knows to do this each and every time it is utterly impossible for me to change him! This became apparent when he did it 3 times on the outward flight and 4 times on the home bound flight…

Upon finally getting our bags and pushchair back in the luggage claim, where my other fear kicked in, would the pushchair be there? Has it been looked after? That fear was soon squashed along with the rest of them, when I saw my shiny set of wheels coming around on the conveyor belt. It was then off to face my next greatest fear…Luke driving abroad in a European rental car! This was something I had never known him to do before and I was absolutely terrified something would happen with Leo in the car.

The hire company were not based at the airport and to get there we had to take a shuttle service, when we got on the small bus there were no seats left for me to sit with Leo safely, and to my horror no one at all offered to give up their seat so I could sit Leo and myself safely together. I was absolutely disgusted and I sat there silently stewing while Luke sat with Leo on his lap in his car seat. How could everyone just sit there when there were no seat belts for me to get Leo strapped in safely!?

I was in two minds whether or not to voice my opinion but for the sake of everyone I sat quietly cutting daggers, and when the couple opposite me commented on how gorgeous Leo was, I was even more angry. If they had noticed Leo and I, why oh why did they not offer to help us!?

The hire company, were based in a garage at the bottom of the steepest slope I have ever seen. We spent the best part of an hour trying to finalise all the details, and I found that they were not very helpful at all! Once it was all sorted I was growing increasingly aware that we were going to have to drive back out of the garage….up the steep slope and on to the opposite side of the road…

It is safe to say that driving on the opposite side of the road, lost in a foreign country and with a un-confident driver was absolutely terrifying. We were travelling with Luke’s family….but once they had disappeared in their car, and we were left completely alone with no idea where we were headed. I felt like telling Luke to just pull over….

We finally managed to get to the villa, and all the stress of the car company and the roller coaster car journey faded away. As the holiday progressed Luke became more confident in driving around and I became more at ease.

The villa was lovely and had everything I needed to cater for Leo, the company Villa’s Plus had been made aware that their was a baby coming and they had provided us with a travel cot, high chair and a baby walker. The baby walker was a lovely find for us as it allowed Leo to expand some energy and have a kick around, it was also the perfect place to sit him and feed him.

As Leo was only 5 months old at the time I needed to make sure I had the facilities to sterilise Leo’s bottles. I had checked out the specification’s of the villa ahead of travelling and discovered that they had a microwave. With this in mind, I purchased a Microwave Steriliser in order to get my Mummy tasks done. It all worked out really well and I successfully got all the bottles done each day without the worry of it being any less than what he would have received, had we been at home.

I hope this demonstrates that it does not have to be a stressful experience (unless your other half is driving abroad…) travelling abroad with a baby. I think if you plan your trip and let the accomadation know you have a baby, they will go out of their way to accomadate you. It is always a weight off your shoulders when you know you have everything you will need for your time away. Planning ahead really is key to a stress free holiday abroad with your little ones.

I will leave you with a list of essentials that you may want to add to your own list, when you next travel abroad.